We call it then «oleaster», it looks like a thorny shrub with small leaves. Man has probably always harvested fruits from the wild olive tree. Then, cultivators of the Neolithic have begun organizing the production of the fruit of olive trees and probably the extraction of olive oil.

The olive growing (cultivation of the olive tree) dates in this way from the invention of agriculture. With its domestication, the oleaster changes, develops to become a tree, as we know it nowadays.

The olive tree in France

The olive growing knew phases of strong development but also long periods of fall. The climatic variations and economical competition explain these fluctuations in the development of this cultivation (the olive tree dies because of the coldest part of the winter).

But it is important to underline the permanent obstinacy of the inhabitants of the olive area to maintain come hell or high water the presence of olive tree in their landscapes.

This shows the existence of a real emotional link between man and olive tree. To get convinced of it, it is just enough to have a walk in an olive grove or to talk to an olive grower.

From Antiquity to the Middle Ages… to the Renaissance

Fossilized leaves dating from 8000 years before BC have been found in the Provence region, in Roquevaire and in Sainte-Baume, fossilized pollens in the Languedoc region in Tautavel: it testifies of its presence in France since a long time.

We take a census of several thousand years old olive trees, such as those of Roquebrune-Cap-Martin (Alpes-Maritimes), not to mention centenarian olive tree fields. History reports it has been imported by Phocaeans, which, set up in Marseille (Massalia) would have developed its production after having improved the one of the vineyard.

Then Romans have spread its cultivation to the South of France. Many vestiges testify of its importance at Gallo roman era from Carcassonne to Vaison-la-Romaine. 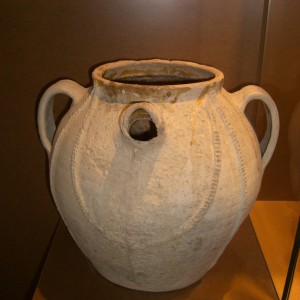 During all the Middle Age era, the olive tree is cultivated in villages of the South of France that have almost all an olive mill at this time.

Olive oil moves about and toll tariffs are specifically introduced for it especially in Nice, Brignoles, Trinquetaille, Valensole. It’s a seasonal trade very linked to religious rites and in particular to the Lent. There are just a few literacy traces of olive tree cultivation until the end of the Renaissance. We have to say that Provence and Languedoc regions knew many scourges throughout the Middle Ages that affected rural populations (plague, famine, wars…) and their farms (pillage,…). Successive frosts have also affected olive trees. However some sovereign actions have ensured maintaining and sometimes developing the olive tree on more or less long periods, for example the exemption of the tithe on olives.
From the 16th century, olive oil is exported beyond the South of France thanks to Marseille and Nice harbors.

From the 18th century, olive tree is presented as an important and necessary cultivation for the economy of numerous regions and especially for the one of Roussillon, Aix-en-Provence and Nice. There are hundreds of mills in the South of France.
At that time, real olive groves appear (until then, olive trees were generally scattered in the middle of other plantations) as well as a trade of olive oil. In the 19th century, the development of olive growing knows a maximal growth, thanks to its large use in numerous traditional industries (Marseille’s soap, textiles,…): France counts 26 million of olive trees on 168 000 acres.
In some basins, olive tree occupies the surface covered today by vineyard. It was the main economical resource for numerous agricultural districts.

The competition of seed oils coming from the colonies, and then the one more profitable of the vineyard, the need of new soils during
the Phylloxera crisis influenced the beginning of the decline of olive growing. Frosts, particularly the one in 1929, the economic competition of colonial plant oils, the first moves of rural depopulation speeded up this decline until the day before the fateful frost in 1956. On the verge of this catastrophe, there are less than 8 million of olive trees on 50 000 acres in France. The terrible temperatures (-20°c) that hit the South of France in February 1956 arose after a very mild month of January which had encouraged the reawakening of the vegetation. Two thirds of olive trees were decimated and there were less than 3 million of olive trees on the 20 000 acres of French olive growing.

It’s onlyfrom the 80’s, and very progressively that the French olive growing gets back on one’s feet of the terrible frost in 1956. Maintained by passion of few diehards, supported by
the State and then by Europe, the French olive growing finds back a certain dynamism. The role of olive tree in the basins of production is reinforced by the development of “agricultural tourism”. It becomes again a full-fledged actor of landscapes and also of rural
and agricultural life. Olive tree’s roads, Olive tree’s Knight Confraternity, olive tree’s museums have been creating and testify today of the sector’s dynamism.


The extraction of olive oil, an old mechanization

There are many traces of extraction processes of olive oil. The presence of oil in olive allows the extraction quite early in history. First extraction processes, of which we kept a trace, date from Bronze Age, in the Middle East and in Crete. That’s the first steps of agriculture mechanization. At the beginning, oil was extracted by a stone rammer and warm water or by pressing and mixing them to warm water to make the decantation easier. Another method (used in Egypt) consisted in placing olives in a linen twisted by two sticks positioned at the end of the linen. Anyway the quantity of olive oil collected was very low. Quickly, man tries to improve extraction techniques. He uses then stone roller moved by hand or with wooden tools.. The appearance of circular millstone is located in Greece on the 4th century BC. Millstones crush olives against the wall of the mortar (which asks a certain precision). They are generally driven by animals or sometimes men. They are called «blood millstones». New energy means will little by little replace animal: millstones will be operated by hydraulic system, by steam then thanks to internal combustion engine and electricity. However, in some countries, mules are still used.

At the beginning of our era appears the oil press allowing a better extraction of oil after their crushing by millstones. The first oil presses were made up of a stone hanging up by a beam pressing on grinding olives (crushed by millstone). These stones will be dug to install bags containing crushed olives. These ‘bags’ are called ‘scourtins’ in Provence. 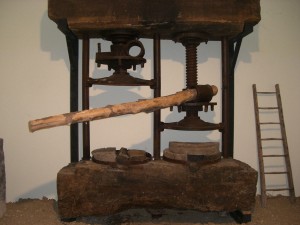 Technology of oil press and millstone was spread and popularized by Romans in the Mediterranean basin. Until the middle of the 19th century the technology improves the ones invented in Antiquity, then, little by little mechanization sets up : hydraulic engineering then electricity allow turning the millstone then the oil press and electronics appears in the 50’s.
To separate oil from water, the technique consisted, for a long time, in putting the liquid coming out from the oil press in a decantation basin, letting it rest and collecting olive oil rising the surface with a metal leaf. In the 20th century, the difference of weight between oil and water is still used via the principle of centrifugation. 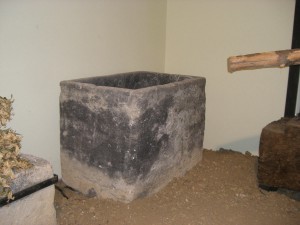 Despite of these improvements and transformations, the extraction of olive oil is based on the same principles: crushing / grinding, kneading, extracting. In France, this is still a family and handwork know-how.


The olive tree : a tree full of symbols

Symbol of longevity and hope, the olive tree is well-known as eternal. This is how Herodote describes it “The olive tree was burned in the fire of the temple by the barbarians, but the day after the fire, when the Athenians, in charge by the king to offer a sacrifice, went to the shrine, they saw a shoot high as cubit had sprung from the trunk” VIII.55. All around the Mediterranean basin, we can find olives trees sometimes well-known as a thousand years old. The olive tree is the witness of our history and is part of it. Symbol of peace and reconciliation. The olive branch is chosen by God to notify Noah that the downpour is over and that the drop in the water level begins, symbol of forgiveness. 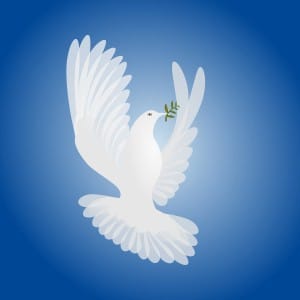 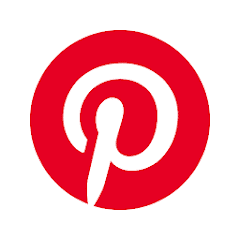 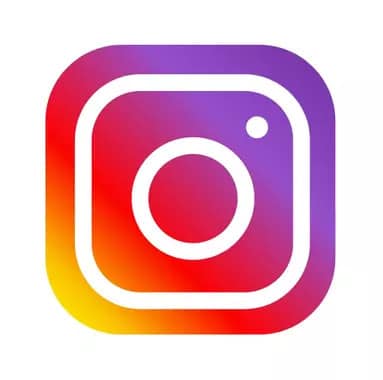